Video editing is a field of endless scope and many people think only PC can do better. Let me tell you top android video editing apps to perform this job. 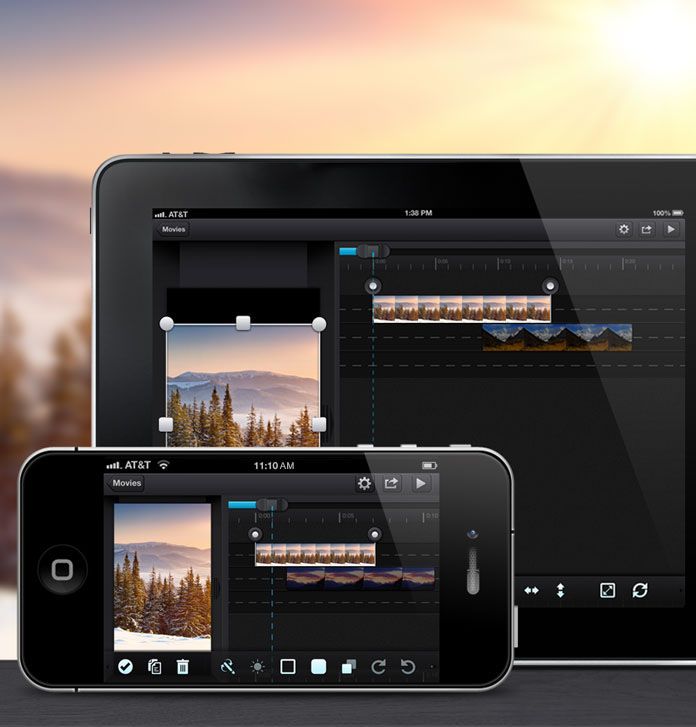 Video Editing is a field worth entering because of its endless scope. There were no advanced software and android apps when YouTube wasn't as popular as it is now. Now Video Editing is the best skill having a huge demand. You can see highly skilled Video Editors creating videos for different brands. This scenario became possible because of the massive exposure of Social Media.

Social Media has trapped this era. People can't live without using Facebook, Instagram, Twitter, and YouTube. The content they view on Social Media is mostly videos. Some people make good videos, and some aren't that trained, so their videos aren't popular. It would be best if you were a PRO Video Editor to attract an audience because only high-quality videos can attract a massive audience.

Video Editing is done through applications. These applications are available in multiple formats. Some companies have given access to their users on Windows and Android. Others have limited access to only Windows. So it depends on the company whose app you are using. If you want to practice Video Editing, you have then landed on the right page because this article will list the Best Video Editing Apps of 2023

Using these apps, you can take your Video Editing skill to the next level. Every app has its features and usage. You can find many apps on the internet, but we have arranged every app accordingly. Apps through which Video Editing is difficult are listed in the down section. So everything is arranged. You have to keep reading this article to discover the app suitable for you.

These are the apps you need to install on your Android Phone. When you can master your skills on these apps, you can make professional videos without a problem. So here is the list of the Best Video Editing Apps For Android 2023:

These 4 apps stand best in the crowd. We can list more apps like these, but the comfort you'll get after using these apps can never be found in other apps. I'll provide a detailed review of these apps, and you must read the reviews with complete focus because every single feature will be mentioned. You can only find a suitable app when you have extraordinary knowledge about the app you want to use.

Adobe is the best brand famous for developing the best apps useful for Photos and Videos Editing. Adobe has a list of apps used for performing these actions. Each app that Adobe released has carried positive ratings from users. For example, Adobe Premiere Pro is an application created by Adobe that is used by professional Video Editors who edit videos on PCs and Laptops. Adobe Premiere Pro allows you to record, edit and render videos in 1080p, 1440p, and 2160p quality.

So Adobe is the mastermind of the Best Video Editing Apps For PC and Android. This Adobe Premiere Rush is another app released by Adobe to record, edit and render videos on your Smartphones. Adobe Premiere Rush has more than 1 Million downloads on Google Play Store. People have given multiple reviews, but I have recommended this application on the first spot because of its extraordinary features.

So Adobe Premiere Rush stands first in the crowd, but using this application is a bit difficult. It's best and recommended to practice some useless projects. Adding animations and effects to your useless project will give you the idea of understanding the interface. When you have understood the interface, you can create high-quality videos like a PRO. So our first vote was with the Adobe Premiere Rush, and now comes the turn of the 2nd app.

I have something to reveal before writing a story on this app. PowerDirector is one of the best apps for Video Editing, but its features are limited in the free version. Its paid version is a bit pricey, but if you want more features in the free version, your next landing should be on ATOZ APK because it's a trusted website for the perfect Android Apps. Indeed, you'll find PowerDirector there. So that's a bit of an announcement and let's come to our review session.

PowerDirector is a Video Editing app released on Android, iOS, and Microsoft Windows. CyberLink developed this application while adding numerous features for Video Editors. Editing the videos of your choice is possible on PowerDirector. Its first version was released in 2005, and Smartphones carrying the Android Software weren't that popular in those days. Soon, technology advanced, and now Smartphones are the best resources to record, edit and produce the highest quality videos.

It has a stunning interface with user-friendly navigation and a powerful menu selection. Its menus are like "Numbers automatically speaking with you" because the icons clearly state the value of clicking. PowerDirector has made a clear sign indicating the volume options if you want to increase the volume on any spot. Apps having a user-friendly interface tend to get more installs, and PowerDirector is one of them. Every other software developer doesn't offer the freedom this PowerDirector gives.

PowerDirector's developers have forced us to list their android app in the 2nd spot. You can get the results of your choice on the video you edit. Also, you don't need to be a PRO Video Editor to use this app because its developer has designed it for beginners. So no need to waste your time on learning the process. Download, install and use. That's all.

KineMaster fits best in the 3rd spot because of its user-friendly interface. Developers have worked hard to provide a user-friendly and easy-to-explore navigation for users. I have even seen illiterate people using KineMaster and editing videos with the highest quality. That's the only reason this KineMaster stands 3rd on our list. It's easy to use, and even illiterate people can use it on their Smartphones. I don't think this KineMaster needs more explanation because it's a simple app carrying features for everyone who installs it.

Funimate is the last app on our list with powerful photo editing options. Funimate is the best application for those who add more images rather than video footage. Let's say I want to advertise a recipe through video. I'll show you some pictures of the recipe I cooked. This Funimate gives enough options to edit that photo to attract the highest quality. That photo will be later used in the video, but its effects will be added when you will edit that photo. So in Funimate, you have to be prepared first, then your video edit will be good.

So these were the 4 Best Video Editing Apps For Android. 2023 is passing, and 2023 is about to come. When 2023 comes, we'll celebrate a new year's night, and if we got any other android app carrying powerful Video Editing skills, we'd review that for sure. Till that, take care and stay strong!

The Genius of Planning a Bathroom Renovation When Prices are Rising

Find Out Everything You Need to Know About IVF Treatment

Some Tips on Video and Photography

Hot or not Composite Images