High and Low Level Air Pollution May Harm Your Health

Air pollution is undoubtedly a great health hazard. Surprisingly these particles in pollution can affect your respiratory as well as cardiac system. 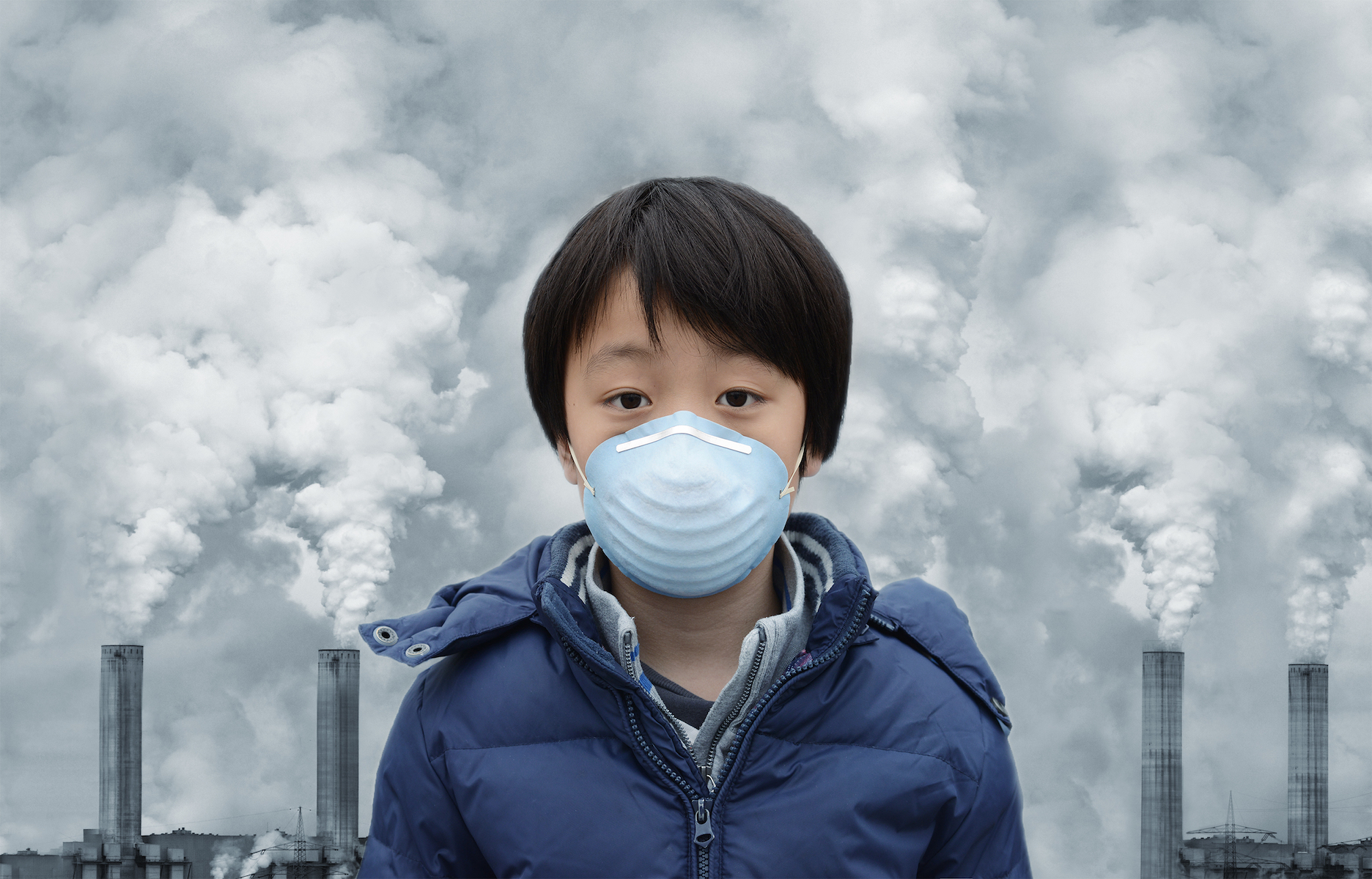 Exposure to high levels of particulate matter, can be hazardous for people with respiratory and upper respiratory tract disorders. Moreover, even short-term exposure can lead to a number of health issues, including respiratory, cardiovascular, mental, and perinatal disorders. Fortunately, most of the air pollutants that people breathe in enter the atmosphere through combustion engines and industrial machinery. Therefore, the effort to switch to clean energy sources can significantly improve air quality.

PM2.5 is one type of airborne particulate matter (PM2.5) that has been shown to negatively impact health. Its small size and high surface area make it a potential transporter of toxins. Unlike ozone, PM2.5 is small enough to bypass nasal filtration and reach the upper respiratory tract. Because of this, it can disrupt the healthy exchange of air in the lungs and cause damage to other parts of the body. The prevalence of respiratory diseases among adults has also increased in areas where air pollution is high.

Exposure to high levels of PM2.5 has been linked to an increased risk of premature death and increased hospitalization for cardiovascular disease and pneumonia. Children who are susceptible to these pollutants have lower lung growth and are more susceptible to respiratory ailments. However, long-term exposure is not clear. However, recent studies have shown an association between elevated air pollution levels and respiratory and cardiovascular mortality.

Asthmatics are at a greater risk of health effects from exposure to particulate matter. Studies have shown that bronchoconstriction and airway hyper-reactivity may increase the amount of particles deposited in lungs that are more easily ventilated. Children with asthma are also more likely to be affected by particle pollution than other people. Chronic bronchitis and lung cancer are also linked to increased exposure to particle pollution.

Researchers have shown that children and adults who live in high-polluted communities have lower lung growth. Even those with no history of respiratory or cardiovascular disease are particularly vulnerable. The effects of air pollution are more severe in children with asthma and older adults who have chronic heart or lung disease. Children are more likely to be exposed to pollutants because they have smaller bodies and immature immune systems.

A new study found that even short-term exposure to air pollution increases the risk of sudden cardiac problems, including heart attacks. Researchers analyzed emergency medical response data in Japan to determine the relationship between air pollution and heart attacks. Specifically, they found that those who were exposed to high levels of air particle pollution had a significantly higher risk of developing an attack than those who had low exposure to the same pollutants. They also found that higher levels of air pollution were associated with faster atherosclerosis progression.

While most people are aware of extreme air pollution incidents, it's often the background levels of air pollution that go unnoticed. Despite their presence, these air pollution levels can still cause harm to your health. If you'd like to protect your health from these hazards, you should monitor the Air Quality Index daily, and avoid heavy outdoor activities during poor air quality periods. Air pollutants are comprised of microscopic particles called particulate matter, which are tiny solid or liquid droplets. These microscopic particles can damage your lungs and get into your bloodstream. This can lead to various diseases.

High levels of air pollution are linked to premature aging of blood vessels, and can also cause calcium buildup in coronary arteries. This buildup could be one of the mechanisms through which air pollution affects cardiovascular health. Additionally, exposure to air pollution can cause digestive health problems, such as appendicitis and intestinal infections in infants. It may be time to start exercising to protect your heart and reduce the risk of these conditions.

Having poor air quality can put you at risk for heart disease, lung disease, and asthma. People living in low-income areas and people of color are more likely to be affected by air pollution. People with pre-existing health conditions are also more vulnerable to the effects of air pollution. People with lung and heart conditions should also monitor the air quality index before heading outside. These people are more likely to develop cardiovascular disease and other serious ailments if they live in areas where air pollution is more prevalent.

There are many reasons why breathing in poor air quality is so important. It's a cause of chronic diseases and the leading environmental risk of early death. In addition to contributing to the rising number of premature deaths, air pollution is also an important economic risk. Studies have found that long-term exposure to certain pollutants increases the risk of developing emphysema by more than a pack of cigarettes a day.

If you suffer from asthma, you are at risk of developing an attack due to poor air quality. When air pollution is high, the tiny particles are more easily inhaled into the lungs, irritating the airways. Children with asthma have faster breathing rates than people without the disease, and older people with asthma are more susceptible to severe attacks. In addition, poor air quality may worsen asthma symptoms in older adults.

Although pollen allergies are annoying, the allergic reaction caused by pollution can be severe. In some severe cases, an asthmatic response to pollution can even be life-threatening. Asthma is a chronic condition that affects the airways and results in distressing episodes. It is classified as extrinsic and intrinsic asthma, with most sufferers falling somewhere in between. People with extrinsic asthma have a known cause, and their body produces excess antibodies when they are exposed to asthma triggers.

Ozone is another dangerous air pollutant. It is found in the atmosphere as a layer between six and 30 miles high. This layer is more toxic than the upper ozone layer, and it can be particularly dangerous on hot days. It is harmful to lungs, making it one of the main causes of asthma in children. Even low levels of ozone may harm your health and cause asthma.

In addition to harming your health, air pollution can also increase the risk of developing respiratory infections. People with asthma are at an increased risk for developing infections that affect the airway and are at risk for lung cancer. To reduce your risk of developing asthma, you can avoid traveling during rush hours and driving during periods of low air quality. You can also limit your time outdoors during poor air quality. Check local air quality forecasts before you go out for exercise, especially if the air quality is bad. Avoid outdoor physical activities during periods of poor air quality.

Long-term exposure to air pollution has been linked to many lung diseases, including lung cancer. It can also contribute to asthma. Though lung cancer is a lesser risk for non-smokers than for those who smoke, air pollution is an important factor for lungs. Secondhand smoke, which is inhaled from smoke from a cigarette, can damage the lungs of non-smokers, resulting in lung cancer.

In the United States, air pollution causes about 1 to 2 percent of lung cancer cases. Exposure to particulate matter causes lung cancer by trapping small particles in the lungs and triggering inflammation and changes in lung cell replication. Long-term air pollution exposure is associated with DNA damage, gene expression changes, and lung cell growth that is uncontrolled. Exposure to air pollution is a major risk factor for lung cancer, and it affects people of all ages and races.

The Life of Jose Trino Marin

5 Essential Tips to Get Through Financial Hardship

Why Self-Care is an essential part of Life?

Is Stevia the Best Sugar Supplement for Diabetes

Why Juice Is Good For Your Health?

What Should Men With Stomach Problems Eat?