Fonts Licensing: How It Works?

If you're a designer, you've probably been asked to license your fonts. It's likely that the person asking you to do this is looking for an open-source 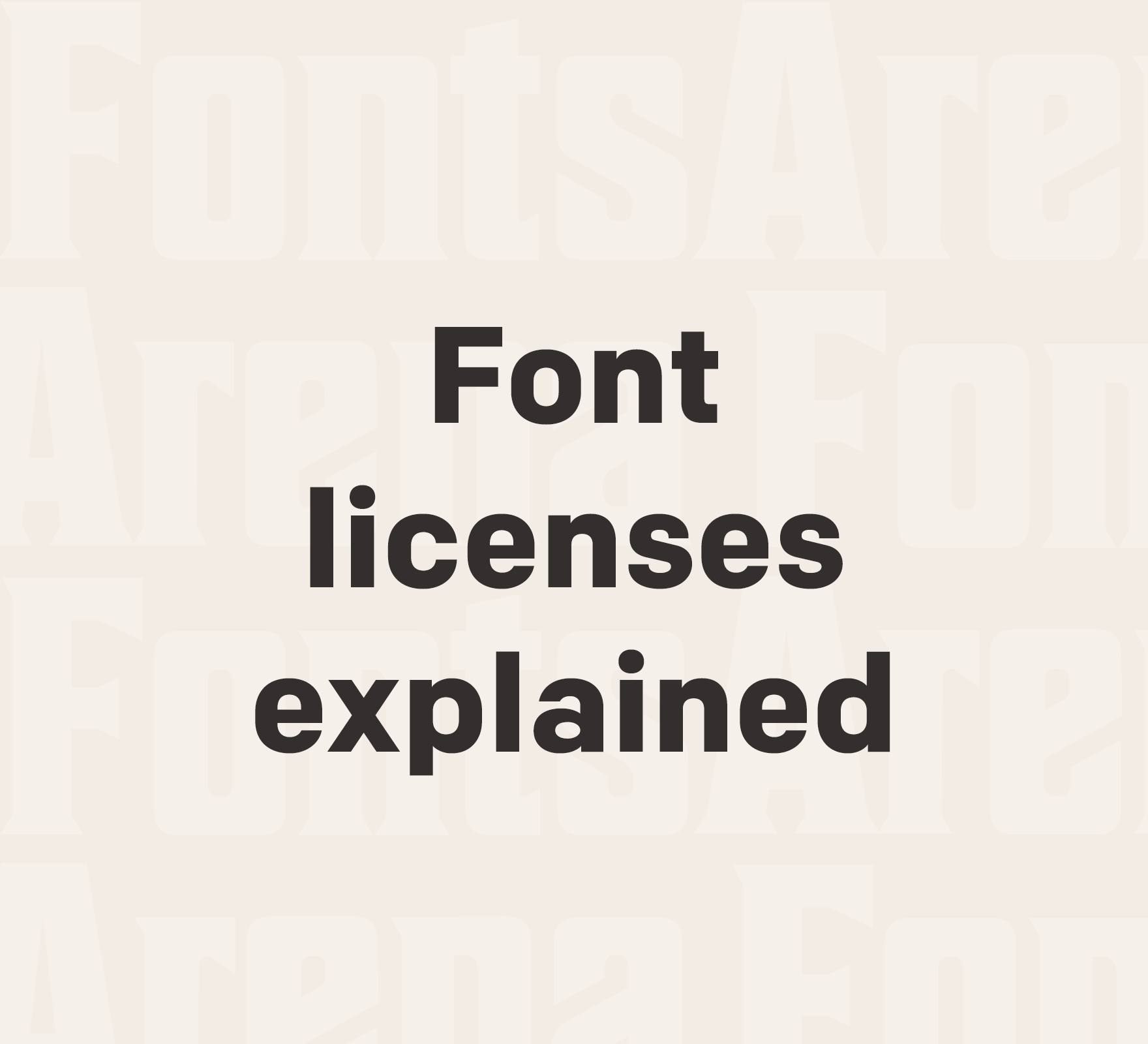 If you're a designer, you've probably been asked to license your fonts. It's likely that the person asking you to do this is looking for an open-source or permissive license. But what exactly is font licensing? And how does it work? That's what we'll explore here!

What is a font license?

Since fonts are placed on our computers, they are regarded as software. When you purchase a typeface, just like other software, you are essentially purchasing a license to use it and assuring yourself of the terms laid out by the supplier. Those terms are listed in the license, which is a written document. A font license safeguards the typographer's right to charge for the use of their works, just as copyright protects your work as a designer and allows you to make a livelihood without having people steal your ideas.

Despite the fact that copyright laws in the US, the UK, and other nations vary, font licenses are constructed in a way that allows you to use the software wherever you are.

Software and other types of products frequently make use of open-source licensing. They provide users with the ability to examine and make modifications to the source code, which is a set of instructions expressed in computer language.

It is a requirement of open-source licensing that any improvements you create must be made publicly available so that others may build upon them.

This license enables a great deal of flexibility, which is not available in other licenses. It is also possible to make changes to it and distribute it. The most important regulations for us are that you must not sell an Open Font License (OFL) typeface and that you must give appropriate credit when using it.

These days, the vast majority of desktop licenses allow you to use the font when working on client projects. However, it is never a bad idea to double-verify. Some do not, and if yours is one of them, you will need to purchase a commercial license – and possibly one for your customer as well – in order to continue using it.

Permissive licenses are the most common type of fonts licensing. They allow you to use the font for personal or commercial purposes but do not require that you pay any licensing fees. In other words, if your design uses a permissively licensed font in its creation, then you don't need to pay anyone for it.

However, suppose your design uses an exclusive or restricted typeface like Minion Pro (by Adobe) or Gotham (by Hoefler & Co). In that case, there may be requirements associated with using those fonts under certain circumstances (for example: giving credit where credit is due).

Small businesses with few employees may not need desktop font licenses. Downloading fonts from the web saves money even if you use them on several computers. If you have large projects or multiple people using your fonts, it's worth buying a desktop font license, so they don't have to download them separately each time.

You can also choose how long users can use their licenses—for example, "Use this file for two years without renewing." If someone leaves the company before their license expires (which happens), then other users won't lose access without paying again because they didn't know about this option.

A web font license (WFL) is an agreement that enables you to use fonts on your website. It's similar to other font licenses, such as the Creative Commons Attribution License and the SIL Open Font License.

The WFL allows you to use the licensed font in commercial and non-commercial projects as long as they are hosted on a domain name owned by your company or client. You can also use it for personal or non-profit purposes, but only if they aren't used in any other way than what's allowed under their terms and conditions.

Fonts can be embedded into your software, and once you've done so, you can use that typeface on as many machines as you choose. You must include the license file with your software, but you can't edit it or build a new font from scratch.

In this article, we have explained the differences between different types of font licenses. The most common ones are Open Source Licenses and Permissive Licenses. These licenses allow you to use the fonts for personal or commercial purposes, but in some cases, they may be limited by time frame or other restrictions.

Another type of font license is Desktop Font License which allows you to use the font on your own computer free fonts anything for it (no royalties). It also allows you to use it in any way that does not infringe upon another person's copyright (fair use).

6 Benefits of Traveling Via Private Jet

Basic Tips and Guidance for Interview

10 Tips To Help You Best Maintain Your Boat

What are the benefits of gift boxes?

Why Its Important to Use Bubble Wrap During House Packing

All About Texas Variable Electricity Rate