The 10 Most Beautiful French Overseas Islands

French secures its place at the top most beautiful overseas Islands because of its historical heritage, attractive landscapes, and unmatchable sceneries. 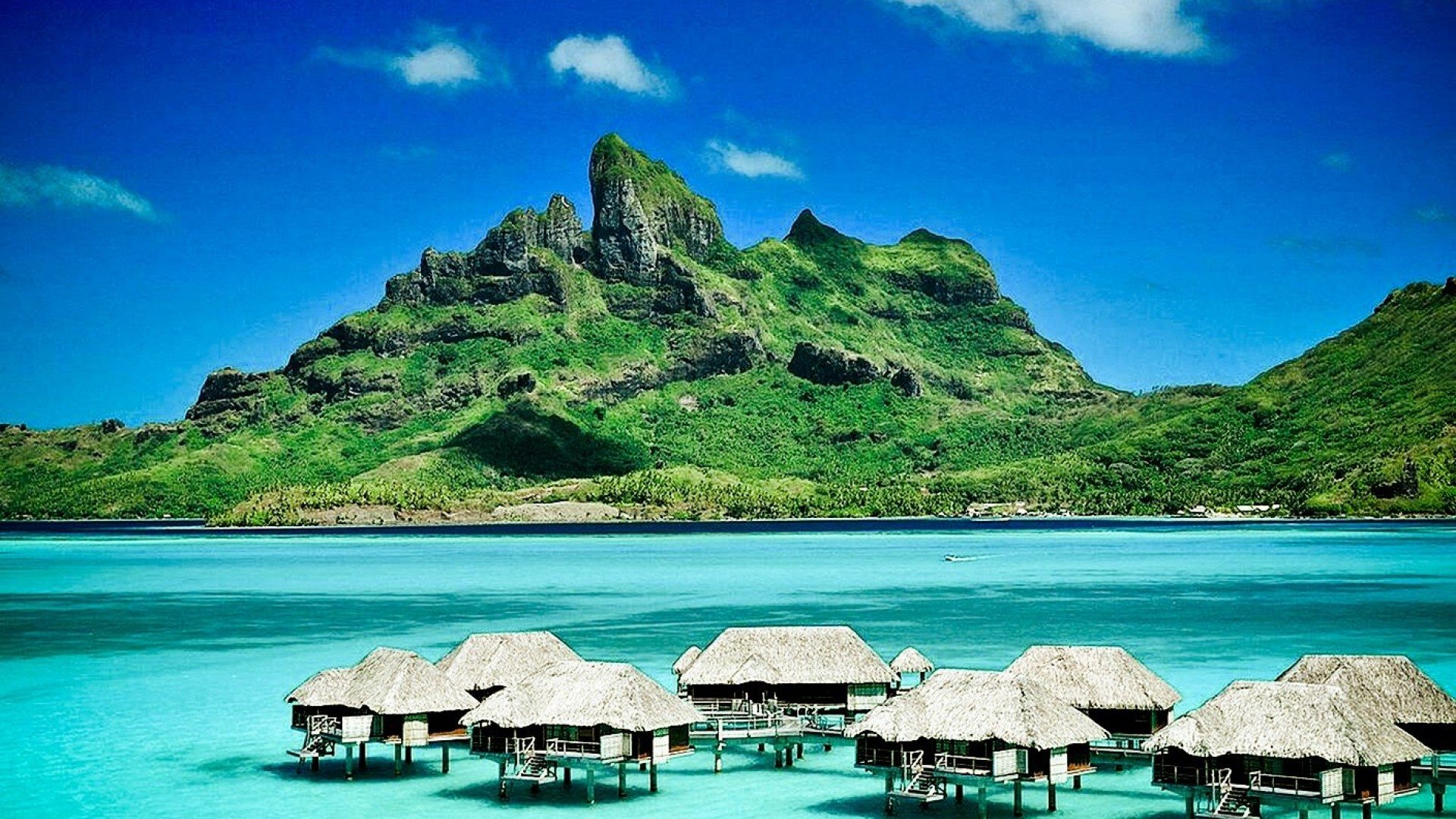 With its varied landscapes, its historical heritage, and its gastronomy, France secures its place at the top of the most touristic countries in the world every year. A prestige that is not limited to the metropolis! Put on your swimsuit and sunglasses, Julius Homes takes you to discover the 10 most beautiful French overseas islands.

The islands of French Polynesia

French Overseas Collectivity is located nearly 6000 km from Australia. Polynesia includes more than a hundred islands, of which 67 are inhabited. Among them, the Society Islands are the most famous, with Bora Bora, Tahiti, and Moorea.

The best known and the most beautiful, Bora-Bora, is a paradise island with dazzling colors. Made up of an extinct volcano, a sumptuous lagoon, and a coral belt, it is nicknamed "the Pearl of the Pacific". Its lagoon offers magnificent and pure waters, suitable for diving in the company of manta rays and peaceful sharks.

For other beautiful encounters, go to Le Méridien, where you can swim with the turtles from the Ecological Care Center which is located in the hotel's private lagoon. Extend the dream by booking one of the overwater bungalows at Le Méridien. A luxury that comes at a definite cost, but you might not be back here anytime soon. As well as enjoy!

A name that alone is enough to evoke paradise. Lagoons of turquoise waters, tropical forests, and exceptional flora, and fauna are all promises handily kept by this beautiful French island. Take your first steps at the Papeete market, a great way to soak up the local culture.

Breathe in the flowery scent, discover unknown fruits and vegetables and unearth a freshly made wreath of flowers. Then set off in a 4 × 4 to explore the interior of the island and walk to Lake Vaihiria, at altitude, where the views are fabulous. You will be able to see exotic flowers all along the path, but also old marae from the 16th century, kinds of sacred temples in Polynesian culture.

18 km and 40 minutes by ferry from Papeete are Moorea, Tahiti's “sister island”. Another superb French island where the long sandy beaches invite you to contemplative idleness under the coconut trees. Cook's Bay, located in the north of the island, is one of the main centers of interest, with its magnificent blue lagoon.

Meet at the Lagoonarium which is located on an islet, 5 minutes by boat from Moorea. In this place, the water is of rare transparency. Rays, blacktip sharks, and multicolored fish circulate in this lagoon fitted out with a rope erected in the water, thus creating a safe course in which even children can evolve.

Then head to the Intercontinental of Moorea, to attend a Tahitian dance show, while tasting pineapple juice, the star fruit of the island. Finally fall asleep, lulled by the sound of the waves, in your pretty bungalow on the beach.

The islands of New Caledonia

Located 17,000 km from the metropolis, New Caledonia is a huge tropical paradise. It is on his land that Yann Arthus-Bertrand photographed the famous heart of Voh, a natural clearing located in the mangroves. With the possible exception of Baie des Citrons, however, it is not in Noumea that you will find the most beautiful beaches, but rather on the surrounding islands; Maré and the Isle of Pines.

Located 2 hours by boat from Nouméa, it combines cultural activities, exploration, and relaxation, which makes it one of the most touristic islands of New Caledonia. In Vao, do not miss to visit the canoe yard, installed in the Bay of Saint Joseph.

Then explore the south of the island and climb Mount N'Ga, for an impressive view of Kuto Bay. Then head north, towards Wapan, to visit the Caves of Queen Hortense, before setting off to explore the fine sandy beaches of Oro Bay. End the day by tasting a traditional local dish, the bougna, a mixture of chicken, lobster and vegetables served in a banana leaf and drizzled with coconut milk.

The abundant vegetation and the cliffs that fall steeply into the azure waters of this island make it a place as heavenly as it is enchanting. It is also more secret and less known than the Isle of Pines. Start by relaxing on the quiet beach at the only hotel on the island.

From there, you can go around the beaches, to the fabulous Bay of Pede and its turquoise blue lagoon. Further north, discover the cliff of the Warrior's Leap, a fissure that dominates the sea from 30 meters high. Be reasonable and go further to the left where there are other faults, lower, from where you can jump without too much risk.

Take a tour of Turtle Bay, to discover an astonishing population of these not shy reptiles for a penny. A good dish of lobsters and popinée, accompanied by kawa will allow you to conclude this heavenly day in style.

In the heart of the Indian Ocean, Reunion is a natural gem that has incredible biodiversity. The island has had to deal with shark attacks in recent years, so don't take any chances, and only go to supervised beaches.

To the south, go to the beaches of Saint Pierre, for the richness of its seabed. Come and relax there after a hike at Piton de la Fournaise. To the west, Saint-Leu beach is perfect for surfers, while La Saline beach is more family-friendly.

Climb to the Marine viewpoint, to the east, for a magnificent view of the sea, then return to the west, to the Boucan Canot beach. Taste a typical dish in one of the small restaurants in the area: sarcive, curry or rougails, accompanied of course by a good shot of rum!

Contrary to popular belief, it is quite possible to have a great vacation on this little island paradise in the Antilles, without being a billionaire. 25 km from Saint Martin, "  Saint Barth  " is tiny, barely twenty square kilometers, but it has more than fifteen golden beaches, whose limpid waters alone symbolize heaven on earth. Take a tour of Gustavia, the capital. Admire its white houses with red roofs, witness its Swedish past, then visit the Municipal Museum to discover the history of Saint Barthélemy.

Then join the Morne de Vitet, the highest point of the island, which offers a complete panorama, before venturing into the cove of Grande Saline and the Gouverneurs beach.

A little out of the way, it is one of the quietest places on the island. For a typical, no-frills meal, visit Chez Eddie, a restaurant in central Gustavia for more than 20 years.

With more than a hundred beaches on this island of the Lesser Antilles, you will inevitably find your happiness. The Salinas beach, in Sainte Anne, is one of the most beautiful, but also the most frequented.

Les Anses d'Arlet is quieter, while Cap Chevalier, with its crystal-clear lagoon, is renowned for the richness of its seabed. For adventurers, head to the north of the island. Ruins and ancient sugar mills dot the hiking trail that leads to the beaches of Prêcheur. Don't miss the famous François white background, for sublime photos of Joséphine's Bathtub.

For dinner, kill two birds with one stone by heading to Saint James in Sainte Marie, a restaurant serving a delicious fricassee of queen conch, accompanied by rum from the Saint James distillery, located next door.

Papillon Island, Beautiful Waters Island, Karukera… nicknames abound to designate this West Indian territory located more than 6000 km from the French coast. One of the most beautiful beaches on the island is also the busiest. Sainte Anne is splendid, with its coral reef and its turquoise blue lagoon.

4 km away, Bois Jolan is quieter and more wild, bordered by coconut palms and with shallow water. Petite Terre beach, off Saint François, is a true paradise on earth where sea turtles, lemon sharks, and barracudas live. In Marie Galante, take a walk on the beach of Anse Canot, then go to Sibley, for a tasting of battery syrup, an exclusive product that can only be found on the island. To be accompanied by a planter, of course.

2 hours by plane from Montreal and 25 km from Newfoundland, Saint Pierre-et-Miquelon clearly shows the islands described above. Here, no coconut trees or long golden beaches. If you like wild and unspoiled nature, Nordic landscapes, and humpback whales, these French islands are for you.

On Saint Pierre, the largest and most populous (6,000 inhabitants), discover the history of the archipelago at the Heritage Museum. Then go for a sea trip, to discover the harbor of Saint Pierre, the Grand Colombier, and the Île aux Marins. End this timeless day by tasting lobsters and scallops at the brasserie of the Hotel Ile de France, where you can also spend the night.

Then go to Miquelon and Langlade. On these lands, which welcome no more than 12,000 visitors a year, puffins, wild horses, and seal colonies will be your dearest friends. Saint-Pierre-et-Miquelon, a lost paradise?

What Is Upholstery Fabric And What Are Its Types?

Mental Health: The Importance of Taking Care of Yourself

Must-Dos If You Travel to Madeira