Everything You Need to Know About Posting Bail in California

Bail refers to money deposited by a defendant or their representative designed to ensure that the accused person will appear in court whenever they are needed. 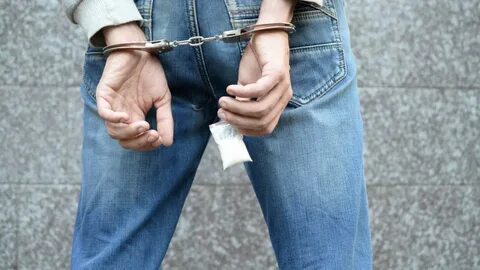 Everything You Need to Know About Posting Bail in California

Bail refers to money deposited by a defendant or their representative designed to ensure that the accused person will appear in court whenever they are needed. The funds can be in the form of hard cash or a type of bond secured by a bail bondsman. It is important to note that bail is not imposed on all criminal offenses. It is instead determined by the severity and nature of the committed crime. The amount of bail can either be increased or reduced by a judge based on the circumstances of the offense as well as the behavior of the defendant. Upon arrest, your loved one can review the bail schedule or request a bail bondsman to determine the amount.

When a person is arrested, the first stop is always at a police station. What follows after that is a procedure known as processing or booking. This includes taking your photographs, fingerprints, and other background checks. The entire process can take anywhere between two to eight hours to complete. After that, bail is set as per the California Bail Schedule within the county the offender was arrested.

The judges use the Bail Schedule to determine bail amounts for different crimes. This makes it possible for the jail to set bail for inmates without necessarily appearing before a judge. As soon as bail has been set and accepted, an inmate can decide to post the bail and get out of jail or await trial or stay in custody until the trial begins.

3. Contact a Bail Bondsman to start the Bail Process

The next step is to contact a licensed bail bondsman. There are several other things you need to know about bail bonds, especially if you are doing it for the first time. For example, if you are planning to approach a local Los Angeles bail bonds, you must understand your responsibilities as a co-signer. You are the one who will pay a non-refundable premium of 10% of the total bail amount. In case the hearing is extended by another year, you will have the option of paying the premium once again. The process starts as soon as you have paid your premium to the bail bondsman.

4. Filling the Bail Application and Contract

You will use the information obtained from your bail bondsman to draft a bail application and contract. This is a simple document that can be completed within a few minutes. You can also fax or email it in case you are unable to physically meet with the bail bondsman. By signing the contract, the person signing the contract agrees to take financial responsibility for the bond amount in the event the defendant fails to adhere to court obligations.

5. The Defendant Being Released

Once you are done with the paperwork and paying the bond, your agent will post the bond, and the detainee released on bail. It might take up to 12 hours for the defendant to be released after the bond has been posted. This will depend on several factors such as the jail, employees, and circumstances of the person in custody.

6. Responsibilities of the Indemnitor

The Indemnitor or signer of the bail bond assumes financial responsibility for making sure the defendant appears in court as required. In case the defendant fails to appear in court, the Indemnitor will have to pay the court the entire amount of bail posted. That’s why you should bail out someone that you can completely trust.

After a defendant has fulfilled all the court obligations, the court will declare the bail “exonerated”. This means that the court won’t have any financial interest in the defendant as well as the Indemnitor.

This means that the case will have closed and both the defendants will have nothing to do with the case anymore. However, it is important to note that rulings on innocence or guilt due to a trial have no bearing on whether or not the bail is exonerated at the end of a court proceeding.

In a nutshell, the process of posting bail in California is more straightforward. All you have to do is identify a reliable bail bondsman and start the process of bailing out your loved one from jail.

How To Formulate The Perfect Dissertation Research Questions?

What are the advantages of small business accounting software?