What Exactly Is The Metaverse?

The word "metaverse" denotes the concept of a persistent, networked, 3D cosmos that incorporates various virtual locales. In the distant future 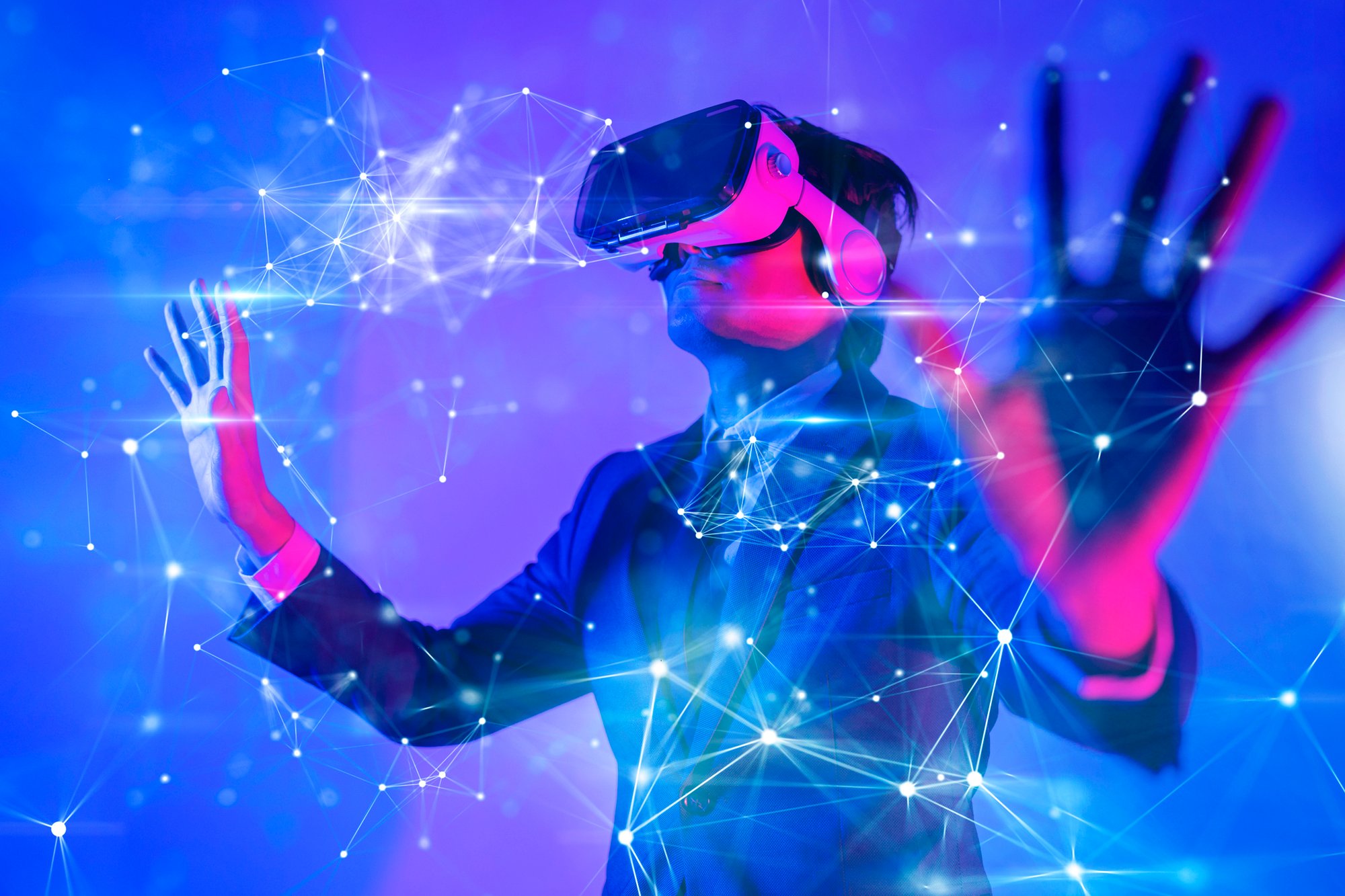 The word "metaverse" denotes the concept of a persistent, networked, 3D cosmos that incorporates various virtual locales. In the distant future, it may be linked to the web. Users will be able to work together, socialize, and have fun with one another in these 3D environments made possible by the metaverse.

Designers have broadened the scope of "game" to include in-game events and the creation of virtual economies. While the whole perspective of the metaverse has yet to be realized, elements of the metaverse can be found in particular systems. Playing a video game right now is the closest thing to being in the metaverse.

By using Flow Blockchain, you may inspect blockchain networks by probing the ecosystem setting in which many transactions and exchanges take place.

Definition Of The Metaverse: What Does It Mean?

In the imaginary 3D online virtual realm called the metaverse, people from all walks of life may have meaningful conversations with one another. As a web browser can access numerous websites at once, this technology, too, may link together multiple platforms.

This idea was presented to the public in Neal Stephenson's science fiction novel Snow Crash. The concept of a metaverse, which has been widely disregarded for decades, shows signs of finally becoming an accepted scientific and technical concept.

The metaverse does not yet exist. The city integrates many facets of our lives into one digital location. In the metaverse, everyone will control their personal virtual character, an "avatar," via augmented reality headsets. In a virtual workplace, where you can also have mixed-reality meetings, you may use virtual reality headsets like Oculus Rift for work, play, and even bitcoin portfolio management.

What Role Does The Metaverse Play In Video Games?

Video games focus on 3D virtual reality and present the closest thing to a metaverse experience. It's not only the fact that they're three dimensions, though, that supports this claim. Modern video games provide functionalities and services that may be used in real life. In addition to being a game, Roblox serves as a platform for virtual conventions and performances. Players no longer use the game just for playing; they use it for other things in "cyberspace." For instance, 12.3 million people played the online game Fortnite during Travis Scott's virtual in-game music tour.

What Exactly Is A Metaverse Job?

As we've discussed, the metaverse will serve as a central hub for all of reality. Even while many people now work from home, the metaverse provides the opportunity to visit a 3D workplace and interact with the avatars of your coworkers. The money you bring in from your job can also be used in the metaverse. True, there already are jobs that are pretty comparable to this one.

Thanks to GameFi and other play-to-earn models, people worldwide now have consistent means of financial support. These online jobs prove that people are prepared to spend significant time in virtual worlds for both living and working purposes, making them prime candidates for future metaverse deployment. Pay-to-play games like Axie Infinity and Gods Unchained are lacking in every imaginable, including 3D graphics. However, the possibility that they exist in the metaverse may be used as a cash cow for web entrepreneurs.

Although there is not yet a unified, interconnected metaverse, several platforms and initiatives are analogous. These often incorporate NFTs and other blockchain-based elements. Check out these 3 illustrations:

SecondLive is a 3D simulated atmosphere where users control avatars for communication, education, and commerce. Through the producers could interact with various BSC ecosystem businesses during the online expo. Ram, there is also access to an NFT marketplace for trading in collectibles. To celebrate its first year in business in September 2020, SecondLife supported Binance Smart Chain's Harvest Festival. Users could int

Axie Infinity has provided gamers in developing countries with a sustainable income option as a play-to-earn game. By purchasing or being given three Axies creatures, a player can begin farming for SLP tokens. Someone might make anywhere from $200 to $1,000 (USD) if they sell it on the open market after using it for a while.

Although Axie Infinity does not feature any 3D characters or avatars, it does provide users the opportunity to collaborate in a setting reminiscent of the metaverse. You may have heard the famous anecdote of how Filipinos used it as a stand-in for aid or a full-time job.

How Will The Future Of The Metaverse Unfold?

Facebook is a prominent advocate for a unified metaverse. This is incredibly interesting for a crypto-powered metaverse because of Facebook's Diem stablecoin initiative. Mark Zuckerberg has made it vibrant that he plans to launch a metaverse program to increase opportunities for remote work and raise incomes in developing countries. Since it controls all three, Facebook is uniquely positioned to bring together the social media, communication, and cryptocurrency sectors. Other significant IT companies to create a metaverse include Microsoft, Apple, and Google.

Deeper integration between NFT marketplaces and 3D virtual worlds looks to be the next step in establishing a crypto-powered metaverse. However, a popular 3D platform is lacking at the moment. Markets like OpenSea and BakerySwap currently allow NFT holders to trade their wares from various suppliers. There is potential for blockchain developers to build popular metaverse-like products with more organic users than any primary IT business.

This is just another fantastical use of blockchain and cryptocurrencies. Even if the creation of a unified metaverse is likely rather far off, we can already see patterns that may lead to its design. Exactly when we can enter the metaverse is a matter of some debate. But in the meanwhile, we may already participate in projects that resemble the metaverse, and blockchain technology may become further integrated into our daily lives.

8 Budget Home Improvement Ideas That Will Change Your Life

5 Ways DeFi Will Reshape the Future of the Finance Industry

5 Surefire Ways to a Successful Sale of Your Used Laptop

Adopt Data Analytics Too Turn the Tides of Business in ...

What is Agricultural Equipment?